Mon frère nocturne (My Night Brother) is my first comicbook. I made it in 2006 and published it in a very few copies in french and swedish (I moved back to Stockholm from France at the time).
In 2008, it was published in french by Éditions Cambourakis, and later in spanish by Gallo Nero. Then in italian by Logos, and finally, in 2013, in swedish by Galago.
It is the story about Jakob, a nine year old boy, who lives his life in the shadow of his dead brother, also named Jakob, who died on his 10th birthday.
Jakobs life seems like a mirror of his brother's. Are they the same? 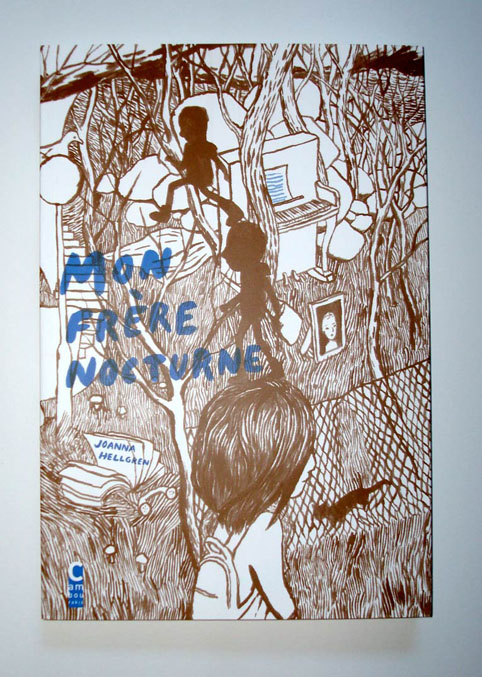 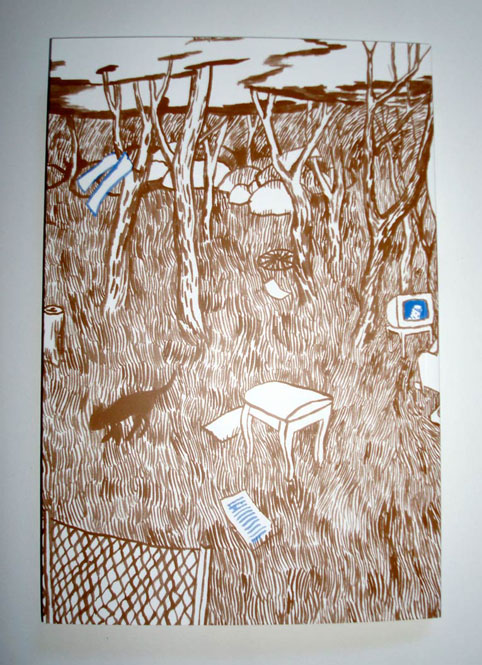 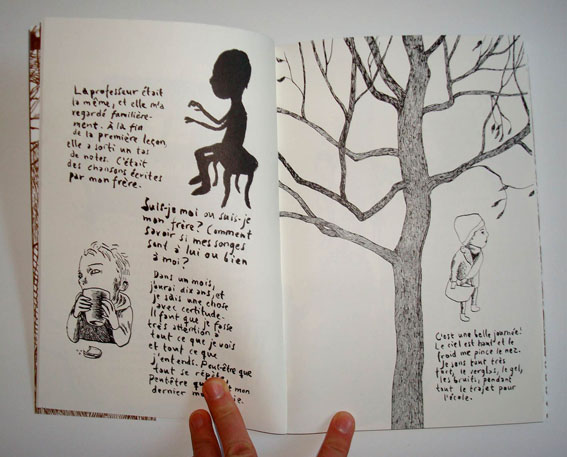 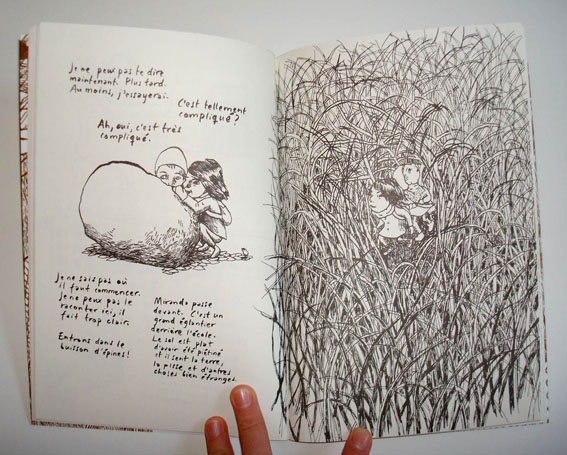 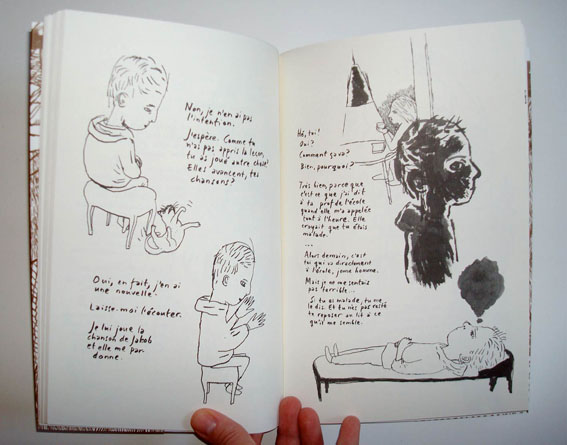 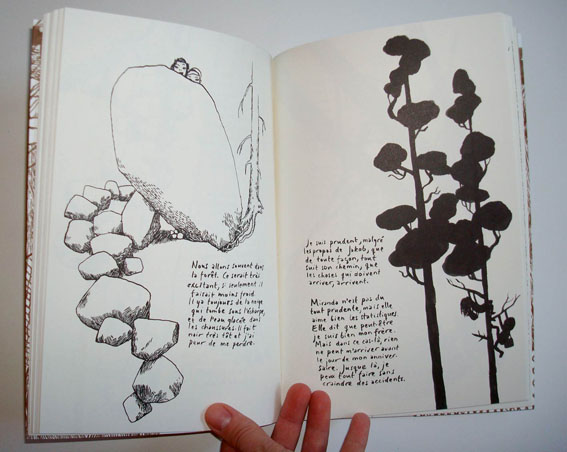 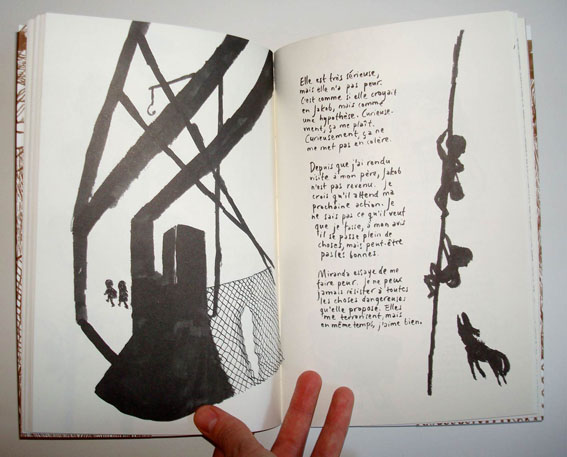 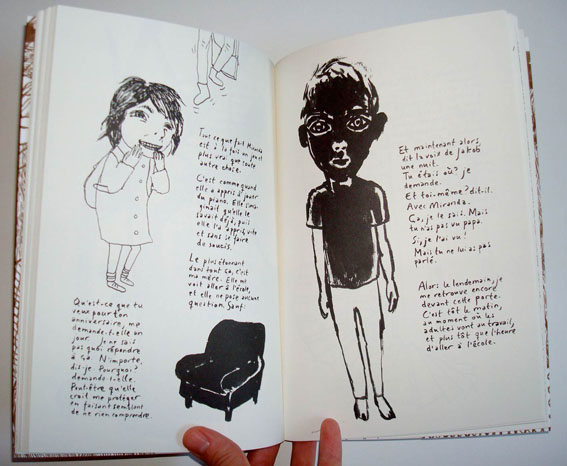 To read: a review from Du9.